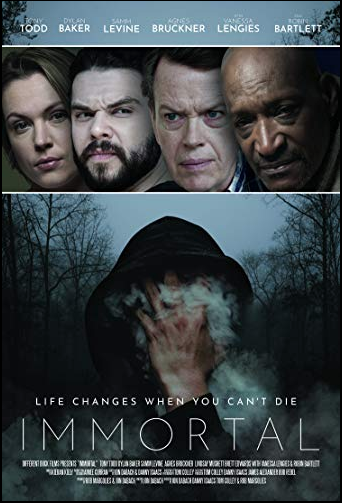 Adaptability is one of the key traits of success.

Success in this industry is built on relationships.

Adapt to how you build those relationships, and success is inevitable.

WHAT ARE YOU WAITING FOR?
ROB IS CASTING UPCOMING FEATURE FILMS IN LA!

Rob will be producing and directing THE AFFAIR with Maura Tierney this fall. He also has several other films in the works. Rob is an award-winning independent film director with NINE additional projects in development!

Recent credits include: ALPHA RIFT with Lance Henriksen, IMMORTAL with Dylan Baker, SHE WANTS ME with Josh Gad and Hilary Duff, LIFELINES with Joe Morton and Josh Pais, I'D LIKE TO BE ALONE NOW, ROOMMATE WANTED with Alexa Pena Vega, DANCING LESSONS, JORDAN'S ISLAND, and TWINGE.

Rob loves Next Level actors and has cast multiple of our members in his films!

*FORMAT*
This class is designed to work specifically on Film audition material with director Rob Margolies. You will work with Rob using specific sides he has chosen and assigned to you in advance based upon your headshot. In class, Rob generously works with you, giving you feedback and adjustments to your scene.

Make sure to bring 2 COPIES OF YOUR SIDES (one for the reader with their lines highlighted). WE WILL PROVIDE A READER.

ALWAYS BRING A HARD COPY OF YOUR HEADSHOT/RESUME TO CLASS FOR FEEDBACK PURPOSES. When the class is over, the guest teaching this class will not be taking nor given access to your headshot, resume, or any other of your promotional materials per CSA guidelines.

**Class structure is subject to change.

In 2005, Margolies graduated from Chapman University with a BFA in Film Production. During his senior year, he was awarded a scholarship that entitled him to be mentored by the Oscar Winning Director William Friedkin. While in film school, Margolies also had the privilege of producing the first film from The Duffer Brothers, creators of “STRANGER THINGS”. In 2009, Rob was awarded by Chapman University as Alumnus of the Year.

Additionally, Margolies has served as a writer, producer, and director on TV shows, web series’, and many films. His most recent films as a producer are “IMMORTAL”, a sc-fi anthology starring Dylan Baker, Tony Todd, Mario Van Peebles, etc. “NEVER HEARD”, a faith based gospel film with an all star cast, “I’D LIKE TO BE ALONE NOW”, which also features a knockout ensemble cast. And “YES” starring Nolan Gould from “MODERN FAMILY” in a lead dramatic role.

Margolies is currently attached to produce several other feature films including “LOVE AND COMMUNICATION”, “LITTLE LAMB”, HEAVEN’S MILAGE”, “BLONDE DOCTORS”, “IN THE MEANTIME”,  and “WHODUNIT” among others.