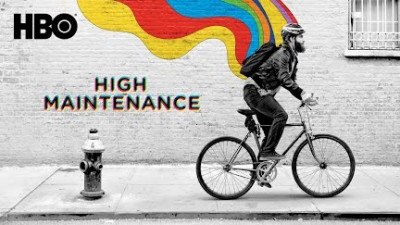 Christine Kromer is an Emmy Award-Winning Casting Director who is currently 2 Netflix series and a STARZ show. For this class, she will assign actors sides based on their One on One actor webpage and provide feedback to adjust their scene.

Both weeks with Christine will include:

Christine Kromer is an Emmy Award-Winning Casting Director and is currently casting several projects that will be discussed in class. Christine cast the independent features FAN GIRL and STEREOTYPICALLY YOU and cast the following projects with Alexa Fogel: the hit HBO series TRUE DETECTIVE, the first two seasons of BANSHEE for Cinemax, the HBO pilot QUARRY, four seasons of TREME for HBO, and the TV Movie TOO BIG TO FAIL (Emmy nomination for Outstanding Casting for a Miniseries, Movie or a Special). Past television projects include the BBC series COPPER (two seasons), the FX series LIGHTS OUT, the Comedy Central pilot BLACK JACK, HBO's THE WIRE, IN TREATMENT (season two), and the mini-series GENERATION KlLL (Emmy nomination). Feature film credits include George Lucas' RED TAILS, the FOX feature THE SITTER starring Jonah Hill, New York casting for PARANORMAL ACTIVITY 3, and THE A-TEAM. Previously, Christine was the casting coordinator at NBC, where she worked on the pilots for FRIDAY NIGHT LIGHTS and HEROES, as well as associate for 20th Century Fox's pilot season. Christine loves to work with One on One actors and has called in and booked many members.