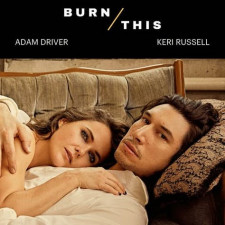 As a leading member of the Calleri Casting team, Erica Jensen works on both TV/Film projects and Theatre productions, for companies like Classic Stage Company, Rattlestick, Long Wharf, Keen Company, and the Old Globe Shakespeare Festival.

Theatre Credits: Lanford Wilson's Burn This, Lewiston/Clarkston, Hedwig & The Angry Inch, Spongebob Musical, Alliance Theatre's Ever After, Hughie with Forest Whitaker, Of Mice and Men with Chris O'Dowd and James Franco, The Elephant Man with Bradley Cooper and Patricia Clarkson, The Visit with Chita Rivera

Erica will personally choose sides for you to prepare ahead of time and will work generously with you in class on each scene.

Week 1: Erica will assign you theatrical material and will provide full scripts as a resource.

Week 2: In your second class, Erica will assign each student sides from a Film/TV show. (DRAMA)

Week 3: In your third class, Erica will assign each student sides from a Film/TV show. (COMEDY)

PREPARATION
Look out for your side assignments to be posted under "class sides" 1-3 days before the class.

Erica Jensen is a Casting Director at Calleri Casting, handling mainly the Film and Television projects.

The Calleri office just completed casting Mike Cahill's (Another Earth) newest feature i origins, Sondheim's Passion at CSC, Vanessa Redgrave and Jesse Eisenberg at  Rattlestick, Holly Hunter at the Flea, David Ives's All in the Timing revival, and are beginning their third season at the Williamstown Theater Festival in the New Year.

The office recently won 4 Artios Awards in Outstanding Achievement in Casting - for Broadway's Venus in Fur, The Cherry Orchard at CSC, A Doll's House at Williamstown, and the short film High Maintenance.