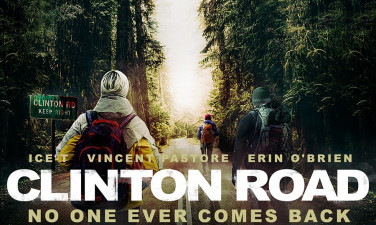 Donna recently finished casting a FEATURE FILM! She has over 15 Indie's filming THIS YEAR! Also MCKENNA has cast 45+ One on One actors in her independent features!

POPULAR CREDITS INCLUDE: THE NETWORKER with Alysia Reiner (OITNB), TRUST ME I'M A LIFEGUARD (a Tribeca Film Festival nomiated featre film), EXCUSE ME FOR LIVING starring Christopher Lloyd and Jerry Stiller, A CRY FROM WITHIN starring Oscar-Nominated Robert Vaughn, and more!

Hone and perfect your Indie Film audition skills in this 2-Week On-Camera Class with CD DONNA MCKENNA! In class, Donna generously works with you, giving you productive feedback and individualized adjustments for your scenes.

Week 1: Donna will assign you cold reads in class

Week 2: Donna will assign you a scene 1-3 days in advance

Donna's class will include:

Donna McKenna, CSA, is an international award-winning casting director and producer for independent feature film, short films, pilots, and web series. Her ensemble casts consists of critically-acclaimed actors from film, television, Broadway, and upcoming talent. To date, she is responsible for casting over 100 projects and hundreds of upcoming actors becoming SAG-AFTRA eligible. Some of Donna's films have been invited to screen at renowned film festivals, including the prestigious Cannes Film Festival, Tribeca Film Festival, Woodstock Film Festival, Dances with Films, Milan, LA Film Festival, Holly Shorts, and the Berlin Film Festival. In 2014, Donna proudly discovered Marisa Brown and Colin Walker in her One on One workshops and cast them in her film LEAVES OF THE TREE, which stars Eric Roberts and Sean Young and was filmed in Italy and Texas. This film has won numerous awards at film festivals worldwide including best actress nominations for Marissa Brown and the Casting Award of Merit at the IndieFest Film Festival for Donna. In October 2016, LEAVES OF THE TREE was theatrical released in 42 cities. Donna is a proud member of the Casting Society of America, an appointed board member on the Suffolk County Film Commission, and a jury judge at many respectable film festivals.