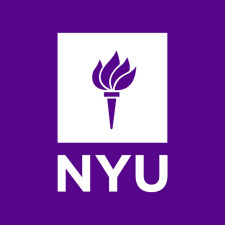 This is a special event for select One on One actors to showcase in front of NYU Tisch Graduate Filmmakers.

This unique "Bringing Text to Life in Film" program will begin with an optional workshop with filmmaker Matthew Bonifacio, followed by a showcase in front of NYU Graduate Filmmakers.

Take advantage of this special chance to work with over 15 up-and-coming NYU Graduate Film Directors! Actors will be seen one at a time, by the NYU Graduate students for roles in their upcoming films.

MANY One On One Actors have booked films
through this NYU Film workshop!

**Please note, you must be available for class projects to be considered for this event. Class projects and films are great ways for you to build relationships with these emerging directors,
which is also a requirement of this event.**

*** PLEASE NOTE: This workshop will take place at
NYUTISCH SCHOOL OF THE ARTS
721 Broadway (between Waverly and Washington Place, near Washington Sq. Park)
Specific location information will be emailed to the actors who sign up for the event.
Please remember you will need a photo ID to get in the building. ****

Half of the actors will arrive at 5:30pm and the other half at 6:15pm (we will confirm these times as we get closer to the date). Actors will be seen in alphabetical order. Please be prepared to wait an hour. You will get to perform your monologue once for the entire group. This event is NOT on camera.

There is an OPTIONAL workshop with filmmaker Matthew Bonifacio on Tuesday September 24th from 3pm - 5pm at One on One NYC.

WHAT THE DIRECTORS ARE CURRENTLY SEEKING:
NYU Graduate Film Directors are looking to cast their films.
Currently looking for ALL TYPES, ETHNICITIES, CHARACTERS, ETC.

WHAT TO PREPARE:
Contemporary Monologue under 2 minutes.

New York University's Graduate Film Program, offered in both New York and Singapore,  is an intensive three-year conservatory which trains students in the art of cinematic storytelling. We focus on helping writer/directors develop a narrative voice and the technical virtuosity to express that voice in cinema. Our students learn by doing -- writing scripts, directing and producing films and exercises, shooting and crewing on each other's projects. Every student has an opportunity to make a minimum of five movies while at NYU.