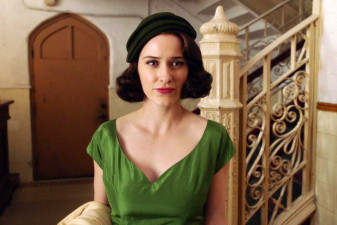 *****PLEASE NOTE: THIS COURSE IS FOCUSED ON BUILDING YOUR SKILL IN THE AUDITION ROOM AND REQUIRES A SIGNIFICANT AMOUNT OF STUDY.

MEMORIZATION IS REQUIRED TO GET THE MOST OUT OF THIS EVENT.

THIS CLASS IS ONLY FOR NEW STUDENTS: ACTORS WHO HAVE NOT ALREADY STUDIES WITH TED*****

Ted Sluberski is an audition/acting coach in New York. Actors Ted has coached privately or has worked with in a class setting have gone on to book series regulars in network television and pilots, principal roles in feature films and roles on Broadway, Off Broadway and the regional stage. His students get callbacks for ABC, NBC, HBO, 20th CENTURY FOX, NEW LINE CINEMA, SHOWTIME & more!

Here are what some of Ted's colleauges and clients have said about his class:

Seeing the mess that many acting coaches have made of auditions, I've come to the conclusion that hiring one can be a little like playing Russian roulette. I've known and admired Ted Sluberski for over 10 years and he is one of the only acting coaches that I would ever wholeheartedly recommend. His keen intelligence, razor sharp sense of humor, and uncanny knowledge of what is needed for an audition is rare and absolutely invaluable." Marci Phillips, Casting Director ABC Primetime

Ted's unique comprehensive and integrative approach to auditioning and scene work, allows actors to dissect material from both a business and artistic standpoint, creating more dynamic, specific and original performances. Ted is incredibly honest and constructive in a productive way and this, coupled with his accrued knowledge from years in the business, make him the perfect coach for actors at any stage in their career. HIs preparation and dedication to each individual actor is unparralleled. Working with Ted has helped me walk into every room feeling my most prepared and let's me leave feeling like I wouldn't have wanted to do anything differently." Rachel Brosnahan The Marvelous Mrs. Maisel, WGN's Manhattan, House of Cards, Black Box

Hone and perfect your TV/Film audition skills in this on-camera class with primetime studio coach Ted Sluberski! In class, Ted generously works with you, giving you feedback and adjustments to your scene.

Ted's class will include:

Ted Sluberski is an audition/acting coach in New York. Actors Ted has coached privately or has worked with in a class setting have gone on to book series regulars in network television and pilots, principal roles in feature films and roles on Broadway, Off Broadway and the regional stage.

In television he has coached actors who have booked series regular roles on The Marvelous Mrs. Maisel, The Deuce,Lethal Weapon, Superior Donuts, How to Get Away With Murder, Blindspot, Fear of the Walking Dead, Nite Cap, Chicago PD, Divorce, Power, Get Shorty, House of Cards, Dare Devil, Riverdale, Shadow Hunters, Suits, The Arrangement, You, Sea Oak. His clients have also been featured on The Americans, Billions, The Blacklist, Bull, Blue Bloods, The Good Wife, Minority Report, Chicago Med, Gospel According to Kevin, Kevin Saves the World, L & O SVU,

And in theatre, actors have been recently called back or landed roles in plays and musicals such as: Hamilton, Wolves, Oslo, Bandstand, In Transit, Beautiful, Waitress, A View From the Bridge, Sunset Boulevard, This is Our Youth, Heidi Chronicles, Wicked, Six Degrees of Separation, Othello, The Real Thing, Grand Concourse, Wayside Motor Inn, The Library, Your Mothers Copy of the Kama Sutra, Assembled Parties, The Curious Incident of the Dog, I and You, Once, Beautiful, Of Mice and Men, When We Were Young..., The Big Knife, Outside Mullingar, If/Then, Kinky Boots, Bad Jews, Act One, Breakfast at Tiffany’s, Commons of Pensacola, Detroit, February House, Angels in America, Kin, Rock of Ages, and Jersey Boys as well as various other productions throughout NYC and several regional theatre venues.

Ted has also coached many young actors who have completed or are in graduate acting programs at Yale, NYU, ACT, ART, Juilliard, Brown/Trinity, Denver Center, Old Globe, UCSD and the prestigious Actors Studio.

Ted worked in casting director for over twenty years, and knows what producers, directors, writers and casting directors are looking for in an audition. His professional career began as an assistant at ICM, and then the J. Michael Bloom Agency followed by Grey Advertising (where he cast over 1500 commercials). He was the Work Shop director at the Williamstown Theatre Festival for four seasons selecting and mentoring actors in the Non Equity Company and the Apprentice Company as well as selecting and mentoring the prestigious Williamstown Theatre Festival Directing Corp. He has been the director of the ABC Diversity Showcase in New York and Los Angeles as well as having directed theatre at the Williamstown Theatre Festival, New York Fringe Festival, Premiere Stages and several plays and readings in New York and LA. He taught at NYU Tisch School of the Arts/Stonestreet for over a decade, teaching classes in auditioning for film and television and the business skills of being an actor. Currently he coaches and teaches privately at his own studio.