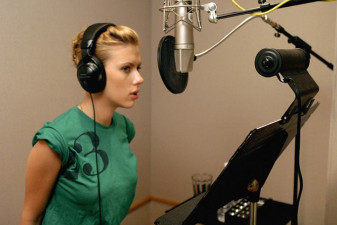 Andy is one of the busiest and most popular Voice-Over CDs in the business! Actors from Andy's previous classes have been called in to dicuss REPRESENTATION & for upcoming commercials!

Andy is one of the most popular CD's in this business and one of our most popular instructors! He has worked on projects for such high profile companies as Blizzard Entertainment, Disney, Rockstar Games, Calvin Klein, Geico, Fenway Park, Kraft, Bank of America and many more. His handiwork can be seen on just about any network, cable channel, video game system, and all over the Internet.

Hone and perfect your VOICE OVER audition skills in this 5-Week VO Class with CD ANDY ROTH! In class, Andy generously works with you, giving you productive feedback and individualized adjustments for your scenes.

Week 1: The Basics, Andy will give you commercial copy in class

Week 3: Animation Overview, sides will be provided in class.

Week 4: Choose your favorite side and prep for showcase with Andy

Week 5: Perform your favorite side from class for THREE TOP VOICEOVER AGENTS

Andy's class will include:

One of New York’s busiest freelance commercial casting directors, Andy Roth’s career has spanned almost two decades.  After several years as the in house booth director for one of the country’s top commercial talent agencies, Cunningham Escott Slevin & Doherty, he left to start his own business.  Since then he has been working for many of the biggest advertising agencies, casting houses and production companies in the world.  His handiwork can be seen on just about any network, cable channel, video game system and all over the Internet.

Currently, in addition to his casting career, Andy teaches voice over at New York University and is a regular guest artist/speaker at many highly regarded acting schools including Rutgers and Syracuse.

After attending Andy Roth's Voiceover Class, Elise met Chris Davis of Access Talent and they have been working together ever since!

After attending the Agent Showcase during Andy Roth's voiceover class, Mark was signed with Access Talent!

After taking Andy Roth's 4-week VO workshop, Mila was called in by Ed Batchelor from Arcieri & Associates and now they are freelancing together!

After taking Andy Roth's four-week voice-over workshop, Graci met Barry Kolker of About Face in the class showcase and is now freelancing with him!

After taking Andy Roth's class and showcase at One on One, Guy was called in by Jason Sasportas from Stewart Talent for a meeting.

After taking Andy Roth's class and showcase at One on One, Kelsey was called in for a meeting by Ed Lewis from Arcieri And Associates.

After taking Andy Roth's class and showcase at One on One, Joseph was called in by Ed Lewis from Arcieri And Associates and they are now working together.