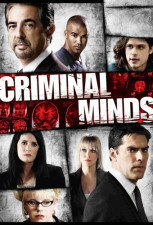 Alec Smight is an Emmy nominated TV director for NETWORK TELEVISION and has SEVERAL PROJECTS IN DEVELOPMENT! This is an exclusive opportunity to work with this highly in-demand TV director!

Hone and perfect your TV/Film acting skills in this on-camera intensive with Director, Alec Smight! In class, Alec generously works with you, giving you productive feedback and individualized adjustments for your scenes.

Alec's class will include:

Alec Smight is an American television director and producer born in New York City. Starting as an actor, then moving behind the camera to become an editor, where he was nominated for three Emmy awards, and three A.C.E. awards. Eventually moving on to Direct and produce.This season he has been directing episodes of Criminal Minds: Beyond Borders, Criminal Minds, and the new series, MacGyver. He is the son of the well-known television and film director Jack Smight. Alec is a member of the Directors Guild of America, American Cinema Editors, MPEG, and SAG_