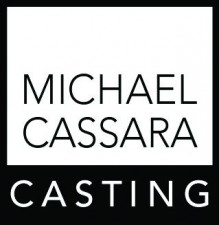 Michael Cassara is a Casting Director and Producer, ACTIVE on a multitude of projects in FILM and THEATER.

Michael is currently casting for Actors Theatre of Louisville & the Gulfshore Playhouse.
Michael is in the breakdowns every day and is constantly casting Indie Film and Theater.

PLEASE ARRIVE 15-20 MINUTES BEFORE YOUR APPOINTMENT TIME.
This seminar or class is for educational purposes only and will not secure or provide opportunity for employment in the field or representation by an agent. One on One is bonded in the State of California: #70978001