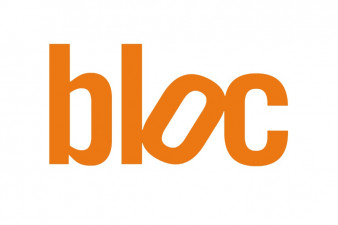 Jim Daly is the HEAD of the legit department at Bloc Talent Agency.

PLEASE ARRIVE 20 MINUTES BEFORE YOUR APPOINTMENT TIME. If you are late, you will miss your appointment time and One on One will NOT credit you.

Jim Daly has been head of the legit department at Bloc NYC since 2007. He has clients performing in numerous Broadway shows including A BRONX TALE, JERSEY BOYS, CHICAGO, PARAMOUR, FIDDLER, CATS, ALADDIN, ON YOUR FEET, KINKY BOOTS, and HAMILTON, as well as the national tours of BEAUTIFUL, WICKED, FINDING NEVERLAND, PHANTOM OF THE OPERA, and THE SOUND OF MUSIC. His clients make regular appearances on episodics ranging from INSIDE AMY SCHUMER to ORANGE IS THE NEW BLACK and YOUNGER to GOTHAM.

After meeting Jim Daly of Bloc NYC at a One on One session, Mariana is officially signed across the board!

After seeing Claire at the legit agent panel, Jim Daly of Bloc NYC CALLED HER IN to discuss representation!