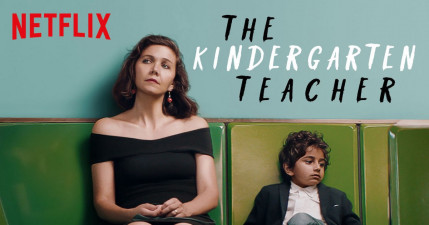 She has worked with OSCAR-nominated directors including  M.NIGHT SHYAMALAN, WES ANDERSON & NOAH BAUMBACH, and many more!

Stephanie will assign sides for BOTH weeks in advance based on your One on One webpage.

PREPARATION
Please go to MY ACCOUNT to create your One on One Webpage. Be sure to upload your headshot and enter in your credits. It's especially important so that the casting director for this workshop can view your online resume ahead of time.

*** Class structure is subject to change.

Stephanie Holbrook is a Casting Director with extensive credits in both Film and TV from three markets: San Francisco, Los Angeles, and her current home base of New York City. Stephanie was on the casting team for Glass, Isle of Dogs, The Life Aquatic with Steve Zissou, We Own The Night, The Squid and The Whale, Margot at the Wedding, Margaret, Failure to Launch, The Village and Lady In the Water, among others.  As an independent Casting Director, she has multiple film credits that have premiered at the Sundance Film Festival, most recently The Wolf Hour (with Naomi Watts) and Abe (Noah Schnapp Stranger Things) in 2019. Past film credits include Equity, Christine and The Eyes of My Mother (all Sundance 2016), Life Of Crime (with Jennifer Aniston), The Lifeguard  (Sundance 2013, with Kristen Bell), Applesauce, Ghost Team, Ratter, Ava’s Possessions, The Abandoned, Jane Wants a Boyfriend  and The Happening for M Night Shyamalan. Also, Book of Love (with Jason Sudeikis, Jessica Biel and Maisie Williams),Ordinary World  (with Billie Joe Armstrong of Green Day), Three Generations  (with Elle Fanning, Susan Sarandon and Naomi Watts), Catfight (Toronto Film Festival, with Sandra Oh and Anne Heche), Landline (with Jenny Slate), Thoroughbreds (both Sundance, with Anya Taylor-Joy, Olivia Cooke and the late Anton Yelchin). Stephanie cast The Kindergarten Teacher (with Maggie Gyllenhaal) and Madeline’s Madeline (with Molly Parker and Miranda July) both of which premiered at Sundance 2018, and both of which Stephanie earned Artios Awards for.

Stephanie was casting director for the first two seasons of The Sinner (with Jessica Biel, Bill Pullman, Carrie Coon) on the USA Network and has just finished casting the first season of a series for M. Night Shyamalan called Servant, which will premiere as one of the first series produced for Apple TV’s new streaming platform.

A member of the Casting Society of America, Stephanie is a multiple-nominee and multiple-winner for Excellence in Casting and a previous recipient of an Artios Award for her participation in the successful effort to unionize Casting Directors.