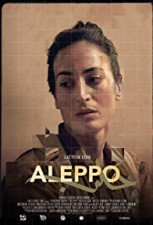 Adrienne is one of the most sough after Independent casting directors in New York and is currently casting right now!

Her films have premiered at Sundance, Toronto, Cannes, Tribeca, Berlin, South by Southwest, Seattle and many other prominent film festivals, taking home prestigious awards that have led to distribution deals and have launched actors careers!

Hone your on-camera skills with this one night class held by Adrienne Stern of Adrienne Stern Casting! Adrienne will work on-camera with each pairing in a group format. Be prepared for honest feedback and direction for adjustments.

Adrienne's class will include:

Currently Auditioning and meeting talent for: 2019 projects and just wrapped 16 Bars and Martin Eden. She has The Bigot running at St Clements Theatre and is currently casting five features and the new series Coyote Runway based on the film Stealing Chanel.

About a Teacher starring Dov Tiefenbach and Tibor Feldman,

Television credits include the New York casting for That 70’s Show, responsible for casting Ashton Kutcher, Welcome to Greenpoint for FX and anticipated Cop Show.  Cop Show starring and written by Colin Quinn is running now on L/Studio (http://www.lstudio.com/cop-show).

Ms. Stern was the Casting Director of The New York Sundance Writers Lab Reading Series from 1996-2005, and has been on both the selection committee and jury for the Gen Art Film Festival. She is a member of BAFTA, IFP, CSA, New York Women in Film and Television and Ensemble Studio Theatre. And sits on the Board of The Greenwich International Film Festival and The First Time Fest.

For more information, please go to her website: http://adriennestern.com/  which will link to her IMD

After taking class with Adrienne Stern I was called in to audition for a short film!