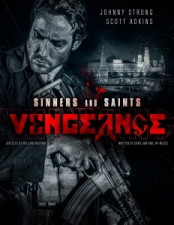 *FORMAT*
Work with Marc using your own sides that you prepare and bring in (no more than 2-3 pages).

Marc's class will include:

Marc Clebanoff, a graduate of the USC School of Cinema/Television, began his career at 20th Century Fox Television before moving onto a feature development position at USA Films (now Focus Features) under the award winning director of Nurse Betty and Lakeview Terrace Neil Labute.

Clebanoff spent two years (2006-2008) consulting for Quentin Tarantino’s indie motorcycle flick Hell Ride, which premiered at Sundance in 2008. In 2008 Clebanoff wrote and directed Break, a multiple award-winning crime-drama, which was released theatrically in select cities in Spring of 2009 and featured one of the final performances of acting icon David Carradine. Break was rehashed as an award-winning web series for Sony & Microsoft in 2011. In 2011 Clebanoff released the family comedy feature film Gerald, starring Louis Mandylor & Mickey Rooney, which garnered him his first Best Director award. Additionally Clebanoff produced Pound of Flesh, starring Malcolm McDowell, which had its Showtime cable premiere in Fall of 2011. In 2012 Clebanoff directed Darkness Descends, an underground action drama starring Danny Trejo, and The Mourning, a supernatural thriller starring Louis Mandylor & Dominique Swain.